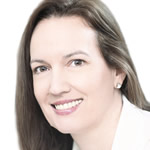 Sarah Womack is a former political and social affairs correspondent of the Daily Telegraph. Here she asks – should pupils stay in school until the age of 19?

This month (April 2017) marks the 70th anniversary of one of the UK’s most significant social reforms, but you probably couldn’t guess what it is. In 1947, when the school leaving age was raised from 14 to 15 – and, for the first time, there was secondary education for all – critics claimed there were not enough buildings or teachers to cope, and pupils would truant, leading to a crime wave. But serious revolt didn’t happen, and, 25 years later, the leaving age rose again to 16 – and, in 2013-15, participation in education or training was raised to 17, then 18. END_OF_DOCUMENT_TOKEN_TO_BE_REPLACED