Each year several thousand people with dementia take part in vital research as research participants, yet there are few examples of co-research projects in dementia research.

Co-research means people with experience of the condition work alongside academics in all stages of the research process: co-designing studies and co-creating data and results. In the context of dementia, co-research has the potential to actively involve and empower people with dementia and reduce stigma and feelings of isolation.

The Promoting Independence in Dementia (PRIDE) study is an ESRC-funded programme investigating the social impact of dementia and how lifestyle changes may reduce the risk of developing the condition. For part of the programme, we wanted to work with co-researchers in a qualitative study exploring older people’s experience of ageing and living with dementia.

One of our studies found that some health professionals and family members were sceptical about the ability of a person with dementia to be a co-researcher. Among other issues, they were concerned about potential emotional distress: ‘I think it is a bit dangerous not physically but mentally’.

In contrast, people with dementia reported that they appreciated the opportunity to ‘use the brain’ and found that ‘doing different things’ kept them going. But they also acknowledged the practicalities: ‘the first thing I think is: how am I going to get there’.

The importance of an inclusive approach

Medical ethics and carers rightly aim to protect people with dementia from harm. However, this good intention can sometimes exclude people with dementia from actively contributing. Dementia symptoms do not necessarily compromise a person’s capability to understand and engage in research. It’s important not to deny those with the condition the opportunity to participate in research as an autonomous person.

Developing relationships with Research and Development staff in NHS trusts and the Alzheimer’s Society during recruitment and data collection helped us to explain the aims and practical issues of co-research and the partnerships supported our recruitment of people with dementia to the data analysis event.

We reproduced the written data in different formats so that it was accessible for the co-researchers. Guided by the research questions in the PRIDE study we shared data in three ways:

We found co-researchers were able to extend, compare and contrast data. They brought insights to the data, both challenging and confirming our ‘outsider’ interpretations. For example in the quote ‘it’s the small things which are a nuisance’ the research team had focused on the ‘nuisance’ but co-researchers alerted us to the importance of ‘small things’ making a difference in their lives.

Importantly the co-researchers said they enjoyed being involved and some wanted to get more involved in public and patient engagement activities. Working with co-researchers and enabling them to support dissemination may help us address the question raised by one PRIDE participant: ‘so what happens to this research – does it just sit on a shelf?’

It’s time to recognise that many people with dementia want to remain purposefully involved in their communities. We hope that our research will help to promote a constructive narrative about what living with dementia means for people affected by the condition, and those close to them.

Advice for doing co-research with people with dementia 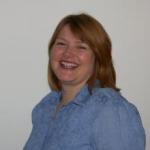 Dr Linda Birt is a social scientist at the University of East Anglia.

Linda has a specific interest in how the processes of qualitative research can provide opportunities to include some of the most vulnerable people in research.

She has extensive experience of working with potentially excluded people through studies exploring the everyday experiences of people living with life-long conditions and their carers.

The Alzheimer Society seeks to raise awareness of what it can mean to live with this condition and they support people and researchers to take action: Dementia Action Week runs from 21-27 May.

For anyone considering including dementia co-researchers in their study, the PRIDE team collaborated with the European Working Group of People with Dementia to produce best practice guidelines for undertaking co-research.

One thought on “Understanding dementia: the value of co-research”