As China’s economic and strategic importance grows, learning Chinese is becoming an option for school children around the world. Yet despite the hype, there is a long way to go before Chinese enjoys a mainstream presence on the curriculum of British schools. Tellingly, only 3000 pupils took a GCSE in Chinese in 2016 with most of these students coming from Chinese-speaking backgrounds. The profile of Chinese learners overall remains biased towards those from more advantaged backgrounds.

As a Chinese teacher at an inner city comprehensive school in Manchester, it is my belief that unless there is concerted research into the teaching and learning of Chinese at school, there is every chance that Chinese will go the way of Russian, Japanese and Arabic – briefly fashionable but ultimately the preserve of a few independent schools.

In Chinese, the meaning of words relies on their tones. For example,  ‘wen’ can mean warm, hear, kiss or ask, depending on the tone you use. It is widely assumed in the mainstream media that learning these tones is one of the hardest challenges for learners regardless of language background. This is particularly the case for English-speaking learners due to their inherent unfamiliarity with tones. Most of the embryonic research on Chinese as a Foreign Language pronunciation has consequently focussed on tones with far less attention devoted to other areas of Chinese pronunciation.

The aim of my ESRC-funded PhD research was not to question how much of a problem it might be for beginners to produce and understand Chinese tones. Instead I investigated whether we can pick up what people mean when they try to speak Chinese, even though they might not get the tone quite right. I also looked at what areas of learners’ Chinese tended to mislead listeners the most. I felt such a change of emphasis was important in setting more realistic pronunciation goals, by focussing on those areas of a learner’s pronunciation most likely to lead to breakdowns in communication. 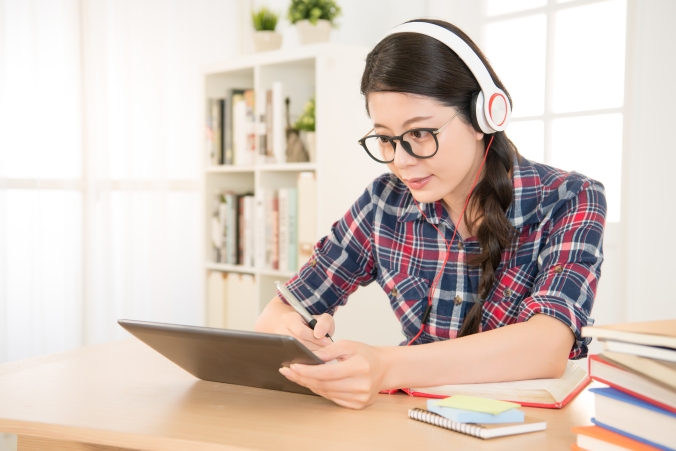 To do this I recorded the spoken Chinese of 20 pupils during a variety of speaking tasks – from reading aloud single words such as shí (ten) and ròu (meat) to speaking spontaneously in role plays. For example, I played the part of a Chinese person meeting the pupil for the first time and asked the pupils questions such as ‘what are your hobbies?’ and ‘what is your favourite subject?’ Then I interviewed 40 postgraduate students from China. Their mission, using randomised speech samples, was to try and work out what the children had said.

What I discovered from this exercise was fascinating. Intelligibility breakdowns (defined in general terms as any instance when a listener incorrectly transcribed what a learner had intended to say) proved to be as much a result of mispronunciation of certain consonant and vowel sounds, as problems with tones. Interference from English intonation patterns, that is, how one’s voice rises and falls in speech, rarely caused communication breakdowns; although it did contribute to a perception of a foreign accent. The listeners could tell immediately that it wasn’t a Chinese person who was speaking, so in terms of pronunciation priorities it would seem sensible to spend more time teaching difficult vowel and consonant sounds, such as the differences between ‘e’ and ‘i’, or ‘x’ and ‘sh’, rather than on getting rid of a foreign accent.

Although the case study framework of my research will not allow me to generalise from my findings, I have already shared some of my results with other Mandarin teachers in Anglophone secondary schools in the spirit of ‘starting a conversation’. I would encourage other Chinese teachers to carry out their own research projects. Although findings will inevitably be fuzzy, they should at least point the way towards more effective pedagogical practice. By sharing our work and engaging in healthy debate, we can all help contribute towards a Chinese as a foreign language pedagogy and thereby ensure that Chinese becomes properly embedded within the UK school curriculum.

Rob Neal is an ESRC-funded PhD student at the University of Cambridge (rjn41@cam.ac.uk), working under the supervision of Michael Evans in the Faculty of Education. He is researching the intelligibility of young beginner learners of Chinese.

He is also the Swire Manchester Chinese Language Centre Co-ordinator.

Interested in research opportunities in China? Visit the Research Councils UK China page  for the latest updates on opportunities for UK researchers across all disciplines.