Hannes Titeca is an ESRC-funded PhD student at the University of Exeter.

It is only as I enter the second year of my PhD that I now feel able to start answering this remarkably simple question.

Throughout my first year, I found myself constantly updating the few expectations I did have. I feel that this illustrates a more general issue of young people, as part of the wider population, not knowing enough about what doctoral study involves and how it relates to research, universities, and academia more generally.

Although it could be argued that my colleagues and I seemingly did get enough information to encourage us to apply. It seems to me that few go into a PhD as part of a long-term career plan and it is more commonly something that is only considered after at least one or two years of undergraduate study. Personally, I did not really consider it as an option until towards the end of my undergraduate degree when it suddenly dawned on me that I had some important choices to make. Enter the world of work? If so, what sector? Do I do a Masters and give myself another year or two to plan things out? But can I afford to put off earning any longer?

It was only then that I started looking into funding opportunities for further study, something that I had received little information about previously. This led to me eventually applying for a combined Masters and PhD programme after coming to the realisation that the research components of my undergraduate degree were what I enjoyed the most, and that there were several areas that I would like to explore in more detail in an effort to make a “real” difference.

After talking to prospective undergraduate students at several recent widening participation and outreach events aimed at schools, I have seen how my situation appears to be rather typical, and that very few of these secondary school and sixth form students had much of an idea about what an academic career might look like or what a PhD is. I was however pleasantly surprised to find that most were genuinely interested in hearing about my research, why I saw it as important, and, more generally, what I get up to on a day-to-day basis. 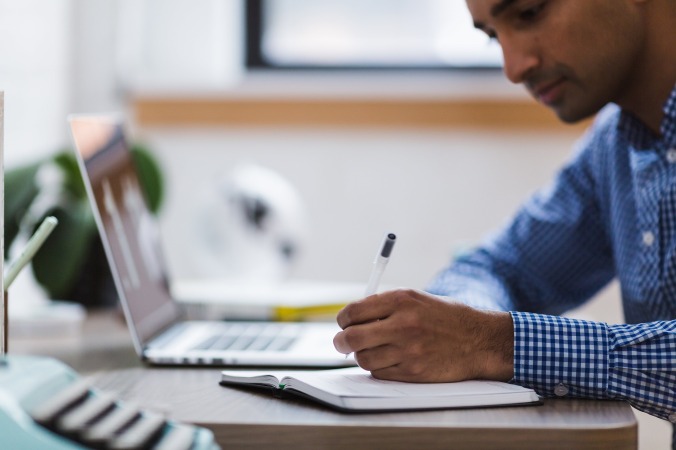 It was through speaking about these experiences with fellow committee members of Great Ideas Start With Discussion (a group set up and run by postgraduate research students for other students to have a platform for friendly and constructive exchange and communication) that it became clear that several of us could share similar experiences of talking to young people, current undergraduate students, as well as the wider population, about what it is that we do. There was a shared sense that it would be extremely useful for young people in particular to be given more opportunities to talk to current PhD students to learn, amongst other things, more about what the rather vague concept of “research” actually involves. We feel this vagueness is likely a greater issue in relation to the social sciences than other areas such as the natural sciences or technology, where it could be argued that young people may be more aware of research impacts.

Thinking about this led to us putting together an event as part of the upcoming ESRC Festival of Social Science, called, quite simply: ‘What actually is a PhD?’. We are inviting young people, and anyone else who is interested, to come and meet social science PhD students to find out about how research such as ours can benefit people personally or society as a whole, as well as, the practicalities of a PhD and how we spend our time. Although I must admit that the planning process has been quite a learning experience in itself – we have made sure that there will be plenty of time to talk to us between several interactive sessions incorporating “experiments”, “props” and (hopefully) lively discussion!

‘What actually is a PhD?’ is taking place on 11 November 2017, at the University of Exeter.