The Fourth Industrial Revolution (4IR) is building on the Third, the digital revolution that has been occurring since the middle of the last century. It is characterised by a fusion of technologies that is blurring the lines between the physical, digital, and biological spheres. These technologies include artificial intelligence, big data, machine learning and “the internet of things” which is seeing an increasing proportion of household and business appliances connected to the internet. END_OF_DOCUMENT_TOKEN_TO_BE_REPLACED

We are at a peculiar moment when governments – democratic and authoritarian alike –  are itching to regulate and legislate the major tech platforms. In the UK in April, Jeremy Hunt gave an ultimatum to social media to better protect children or face new laws.

His threat followed similar ones by Matt Hancock, Theresa May, and before her  David Cameron. And, in the same month as Hunt’s ultimatum, Facebook’s Mark Zuckerberg was hauled in front of Congress for two days of questioning. “Congress is good at two things” Republican Senator Billy Long said then, “doing nothing, and overreacting. So far, we’ve done nothing on Facebook… [now] We’re getting ready to overreact.” END_OF_DOCUMENT_TOKEN_TO_BE_REPLACED 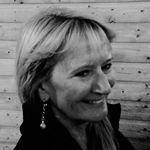 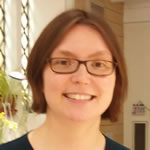 Helena Webb is a senior researcher in the Department of Computer Science at the University of Oxford.

Here they consider what can be done by government and social media platforms to tackle the problem of fake news.

As campaigning in the UK General Election gained momentum in April 2017, the Chairman of the Government’s Culture, Media and Sport Select Committee called for Facebook to improve its handling of fake news on the platform. Referencing concerns that the spread of false stories across social media had influenced the results of the 2016 US Presidential election, Damian Collins MP suggested that the propagation of content of this kind could threaten the ‘integrity of democracy’. END_OF_DOCUMENT_TOKEN_TO_BE_REPLACED

Sabine Hauert is Lecturer in Robotics at the University of Bristol, and the Bristol Robotics Laboratory. She’s also the President and co-founder of Robohub.org.

Robots hold the potential to improve the way we work, live, and explore new frontiers. But their success will depend on our ability to dehype the technology so that we can have a meaningful discussion about how the benefits will be shared by all. END_OF_DOCUMENT_TOKEN_TO_BE_REPLACED

This week we launched our new ESRC website, alongside a new standalone site for our archived Research Catalogue.

Our last website revamp was in 2011, and this time we have harmonised with our sister councils so that we are all now on the same platform.