Alicia de la Cour Venning, Thomas MacManus and Penny Green are researchers at the International State Crime Initiative. In 2015, they concluded a 12 month study which investigated the historical and ongoing persecution of Myanmar’s Rohingya. Here they write about their work and the effect it has had around the world. 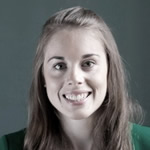 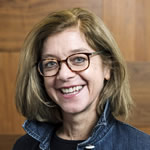 In October 2015, we warned that the Rohingya were experiencing genocide.

Between October 2014 and March 2015 we conducted fieldwork in Rakhine state, and carried out over 180 interviews with individuals from Rohingya, Rakhine, Kaman, and Maramagyi ethnic groups, as well as international non-governmental organisation (INGO) and UN staff, government officials, local Rakhine civil society leaders, business people and politicians, and Buddhist monks.

Our research concluded that successive Myanmar governments have engaged in systematic repression against the Rohingya since the late 1970s; repression which amounts to genocidal practice. END_OF_DOCUMENT_TOKEN_TO_BE_REPLACED