This week I’ve been looking back at comments from the judging panels in previous rounds of ESRC’s Celebrating Impact Prize to see what the most successful applications share in common. There are a few common themes, each of which answers a different question. I’m hoping capturing and sharing these will provide useful food for thought to those applying to the 2020 Celebrating Impact Prize and to those who are not yet in a position to apply, but are gathering evidence for applying at some stage in the future. END_OF_DOCUMENT_TOKEN_TO_BE_REPLACED

International Women’s Day is a celebration of the social, economic, cultural and political achievements of women around the world. So the perfect moment to reflect on how women in social science have been making our lives better – a topic that one blog post can barely scratch the surface of!

The contribution of women to the social sciences is rich and diverse, although not always well documented. Where to start? With Florence Nightingale? Surely the mother of the modern infographic and a champion of quantitative social science as well as a pioneer in the field of nursing. Where to end? With the winners of the ESRC’s Impact Prize – where women continue to change the world through high quality research?  END_OF_DOCUMENT_TOKEN_TO_BE_REPLACED

Professor Melissa Leach is Director of the Institute for Development Studies, and with her research team won the 2016 Celebrating Impact Prize for Outstanding International Impact.

This is the third in a series of blogs delving further into the research behind the impact awards. Applications for the 2017 Celebrating Impact Prize opened this week.

I was truly delighted when our team won the ESRC’s Outstanding International Impact award in 2016 for our work during the 2014-15 Ebola crisis in West Africa.

Our Ebola Response Anthropology Platform (ERAP) and related Ebola: Lessons for Development initiative showed how and why long-term social science understandings, mobilised rapidly in real-time, could transform an epidemic response. Our work focused on issues like the social significance of burials, the value of community knowledge, practices and institutions, and contextualising the violence being experienced by health workers. END_OF_DOCUMENT_TOKEN_TO_BE_REPLACED

Alan Walker is Professor of Social Policy and Social Gerontology at the University of Sheffield, Director of the New Dynamics of Ageing Programme part-funded by the ESRC, the research project Mobilising the Potential of Active Ageing in Europe, and the EU-funded project Social Innovations for an Ageing Population. In 2013 he became the ESRC’s first Impact Champion. 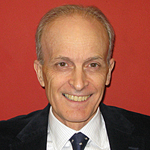 Why did you pursue an academic career?

Becoming a professional social scientist was accidental. I was hooked strongly by sociology and social policy during my undergraduate degree at the University of Essex, and then Peter Townsend offered me a short term post working on his mammoth project Poverty in the United Kingdom.

Working closely with Peter on this and other projects persuaded me that social science had a critical role to play in public policymaking, and I found the prospect of becoming that particular kind of academic very appealing. The twin moral commitments to social science as a vehicle for the promotion of social justice and the duty of academics to speak the truth to power that Townsend exemplified have been the main drivers of my academic career. END_OF_DOCUMENT_TOKEN_TO_BE_REPLACED

Celia Kitzinger (University of York) and Jenny Kitzinger (Cardiff University) Co-Directors of the Coma and Disorders of Consciousness Research Centre and joint winners of the ESRC’s Outstanding Impact in Society Award, 2015. 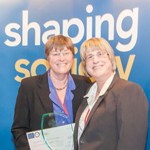 Running into the office last week carrying a bundle of eight foot bamboo poles, along with a picnic blanket, an iron and a bag of sand, we reflected on the changing role of the academic. END_OF_DOCUMENT_TOKEN_TO_BE_REPLACED