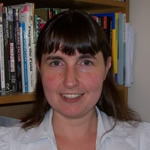 Stacey Pope is an Associate Professor in the School of Applied Social Sciences, Durham University.

Her research focuses upon issues of gender inequality and sport and her research expertise is in the area of female sports fans. Her book The Feminization of Sports Fandom: A Sociological Study was recently published by Routledge.

If you’re a female fan of football or rugby, don’t expect a level playing field when it comes to being a supporter. Female football and rugby union fans in my research discuss how they have to routinely ‘prove’ their status as ‘real’ fans – usually to male supporters. Common stereotypes of female sports fans have included that they lack sporting knowledge, are only interested in the sexual attractiveness of (male) star players and are not as passionate or committed as male fans. Media coverage also typically represents women in subordinate ways; for example, a cursory internet search for ‘female fans’ brings up numerous sexualised images, doing little to challenge the perceptions of women as inferior sports fans. END_OF_DOCUMENT_TOKEN_TO_BE_REPLACED