It’s been quite a period for the UK in a Changing Europe, charged by the Economic and Social Research Council (ESRC) with disseminating the findings of academic research on UK-EU relations to as wide an audience as possible. It’s been exciting, stressful at times, but, most of all immensely satisfying as we have, I think, helped persuade the non-academic world of the importance of social science.

END_OF_DOCUMENT_TOKEN_TO_BE_REPLACED

Professor Theresa Gannon is Director of the Centre of Research and Education in Forensic Psychology (CORE-FP) at the University of Kent.

Earlier this year, Professor Gannon and her team won the Outstanding Impact in Society award in our Celebrating Impact Prize.

This is the fourth blog in a series which looks into the research behind the five successful awards, whilst touching on how the winning academics will spend their £10,000 prize. 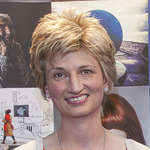 About eight years ago, during my practitioner work, I was asked to assess a man who had sexually offended. I will call this man ‘Mr A’.
When I arrived to conduct my assessment the case was relatively straightforward. Mr A had received treatment for his sexual offending and appeared to have benefited. However, I became deeply troubled when I viewed Mr A’s previous offence history. Mr A had also committed a number of deliberate firesetting offences and yet had never received any treatment for his firesetting behaviour. END_OF_DOCUMENT_TOKEN_TO_BE_REPLACED

Professor Melissa Leach is Director of the Institute for Development Studies, and with her research team won the 2016 Celebrating Impact Prize for Outstanding International Impact.

This is the third in a series of blogs delving further into the research behind the impact awards. Applications for the 2017 Celebrating Impact Prize opened this week.

I was truly delighted when our team won the ESRC’s Outstanding International Impact award in 2016 for our work during the 2014-15 Ebola crisis in West Africa.

Our Ebola Response Anthropology Platform (ERAP) and related Ebola: Lessons for Development initiative showed how and why long-term social science understandings, mobilised rapidly in real-time, could transform an epidemic response. Our work focused on issues like the social significance of burials, the value of community knowledge, practices and institutions, and contextualising the violence being experienced by health workers. END_OF_DOCUMENT_TOKEN_TO_BE_REPLACED

Dr Kath Murray is a Research Fellow at the Scottish Centre for Crime and Justice Research (SCCJR) based at the University of Edinburgh.

This is the second blog in a series which looks into the research behind the five successful awards, whilst touching on how the winning academics will spend their £10,000 prize.

In January 2014, police use of stop and search in Scotland hit the headlines. The publication of key findings from my ESRC/Scottish Government funded PhD revealed for the first time, the extraordinary scale of stop and search in Scotland, the fact that most searches lacked legal authority or reasonable suspicion, and fell disproportionately on young people. As a rough guide to the size of the matter, police records showed that in 2012/13, officers recorded more stop searches and seizures on 16 to 19 year olds than the population of 16 to 19 year olds in Scotland.

END_OF_DOCUMENT_TOKEN_TO_BE_REPLACED

Dr Rachel Aldred is a Reader in Transport at the University of Westminster.
Earlier this year Dr Aldred was presented with the Outstanding Impact in Public Policy award in our annual Celebrating Impact Prize.

This blog is part of a new series which looks into the research behind the five successful awards, whilst touching on how the winning academics will spend their £10,000 prize. 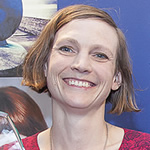 I was delighted to win the 2016 ESRC Outstanding Impact in Public Policy prize for my research into cycling. In this and the other categories, there was a strong field that showcased the importance of social science – and the need to support it.