The winners of this year’s Better Lives photographic competition were announced at an awards ceremony in London on 26 March. The competition offered 14-18 year olds an opportunity to be creative, using photography to explore the relevance of social science to society.

Congratulations to all our winners and runners-up and to everyone who had their image exhibited. Selected photos from the competition will be exhibited at Espacio Gallery from 26-31 March 2019. Admission to the exhibition is free and everyone is welcome.

You can enjoy the winning photos below.

Annwen says: “Every second and every aspect of a child’s life is important. As a child grows, the relationships which they form shape and mould them into the person they become. The people they grow up with will have significant roles in their life – when these people are supportive, it will positively influence on the rest of the child’s upbringing. Here my nephew and niece are playing in the sand at Lytham beach, and I know even this small portion of their time spent together is going to improve their lives, because having healthier relationships will lead to better lives.” 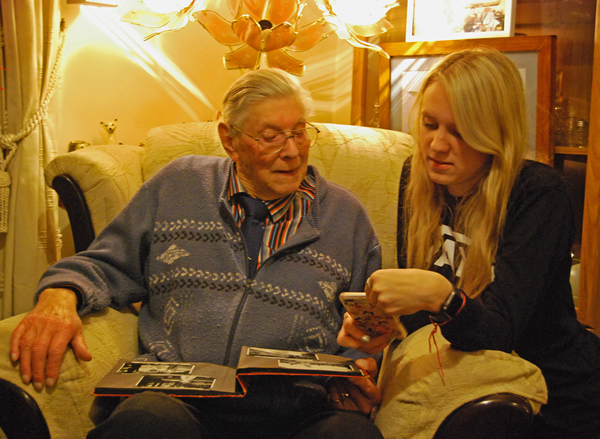 Sam says: “This image depicts my elderly neighbour, Norman, and my sister, Ella. Norman lives alone, his family does not live locally. For the eight years we have known him, Ella has regularly visited him, often showing him photos on her phone. Norman shares pictures and stories of his life in return; verbal memories swapped for digital. Norman is a private person, but has developed a trusting friendship with Ella despite the age gap. This is an inter-generational friendship, which enhances both of their lives.”

Issa says: “The image captures the new/future generation of chemists and the learning process which transforms not just individuals and societies, but also humanity as a whole. Learning is a creative process through which our curiosity leads to improvements in our human condition.” 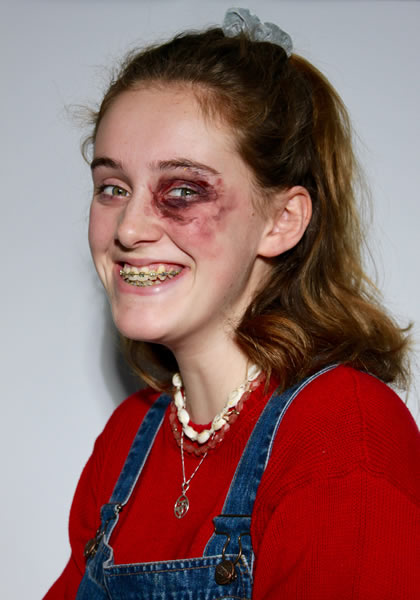 Abigail says: “When someone is suffering and a scar or symptom is visible, others may be more understanding than if the pain was internal. ‘Portrait 5965’ challenges the concept of mental illness not having a visible effect – the title is based on the number of people who took their own lives in 2017. I wanted to highlight how my portrait is just another one of the thousands who anonymously suffers, and how if mental illness had a visible effect we would constantly see people with scars and bruises throughout our everyday.”

Josie says: “My photograph ‘A proud embrace’ was taken at London Pride 2018. The Pride event is a very important day for many LGBTQ+ people as well as their friends and family, as it marks a day of acceptance and expression. The idea of ‘Better relationships’ blossoms at Pride, as strangers become friends and friends become even closer. As well as pride there can be a sense of vulnerability, when allowing yourself to be seen as something that many have discriminated against for a long time. However, this photo shows the positive outcome that this vulnerability can lead to.”

Emma says: “This is a photograph I took of my younger brother. He picked a blueberry from a small plant in our garden. Blueberries are antioxidants and associated with healthy minds; this links to better health. They also help with the ability to retain memory. He has picked the blueberry because he likes the taste and was excited that the plant had finally produced fruit, but without realising the benefits it has. He is inadvertently making better life choices by eating healthy foods.” 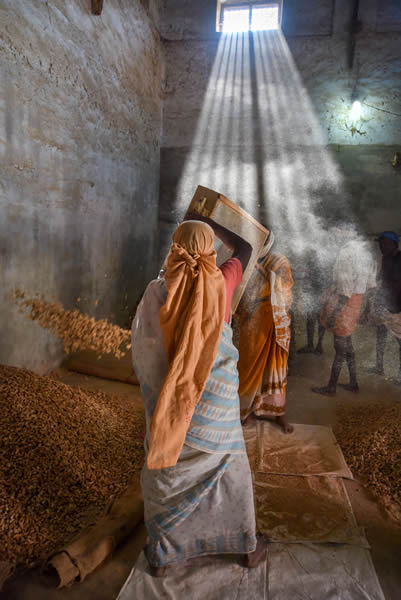 Florence says: “We’re living in a global economy with many companies and businesses run by huge corporate multi-nationals. This isn’t always a good thing as it can swallow up smaller independent businesses, leaving their employees feeling like anonymous cogs in a wheel. The key to a healthy economy is a happy workforce, no matter what their position. This photo, taken in a small ginger factory in Kerala, India, shows a woman content in her work. She knows she matters and is valued. The divine-like light shining through the small window illuminates her, singles her out as if to underline this.”

Elizabeth says: “While I was out in Ghana helping in the local schools, I got to experience the poor education conditions. They had really old science books which had pages missing. I noticed that they could read every word perfectly; however, once asked a question about it they didn’t have a clue – they learned how to read the book, but had no idea how to apply or understand it. I’m trying to raise awareness of how few supplies children have in other countries, and the fact that we are very lucky for everything we have but take it all for granted.”

Saiesha says: “Jinpa, a herds-woman, was photographed in the Himalayas in Ladakh, India, where she tends to her livestock of pashmina goats. With no food or shelter in close proximity she leads a tough lifestyle – however, she is happy. She believes that a simple lifestyle away from materialistic ideals within nature is the most suitable environment for her. She spends her days taking care of her livestock, discovering the beautiful valleys of the Himalayas as she finds new land for her goats to graze on. Jinpa believes that she can appreciate the serenity of her environment much better through living a nomadic life.”