As the new academic year kicks off, I wonder if you’ve planned any ‘new year’s resolutions’. Perhaps you’re going to try a different approach to doing your teaching prep or find a new way of conducting data collection? Or perhaps you’re considering taking steps to have more impact with your work?

If it’s the latter of these, then you should know that engaging with the UK Parliament can be a great way to achieve policy impact. I’d like to share some of the benefits of engaging with Parliament through research – and share some practical ideas on how to do so.

Research is crucial to the work of Parliament and is used and respected by Parliamentarians and staff alike. It helps Parliamentarians to be informed as they carry out their different roles: scrutinising the work of government and government-spending, debating important issues, passing legislation, and representing constituents. 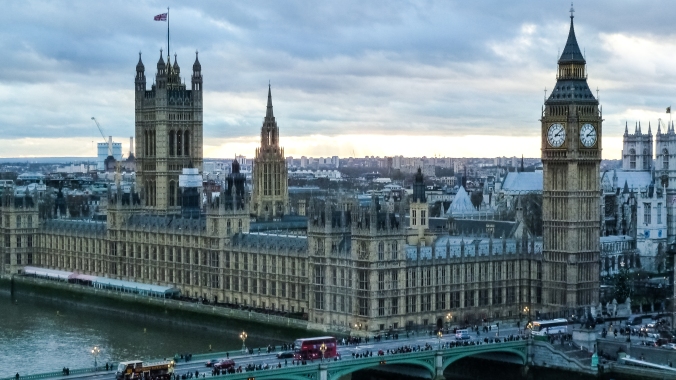 In research we conducted into the Role of Research in Parliament (PDF), our survey of MPs, MPs’ staff and Parliamentary staff showed that 83 out of 85 strongly agreed or agreed that research was useful to them and their parliamentary work.

One recent example where research has been useful to Parliament concerns use of plastics. Academic research fed into a POSTnote on Marine Microplastics and then into an inquiry by the Environmental Audit Committee. Subsequent to these, the government introduced several plastic control measures, including a ban of plastic microbeads in cosmetic products.

So research is valuable to – and valued by – Parliament, but why would you want to engage?

Why engage with Parliament?

Beyond shaping and changing policy and the policy agenda, there are a number of benefits to engaging with Parliament for you and your career.

Contributing your research to Parliament can help you have demonstrable impact: in research we conducted into REF 2014, we found that parliamentary engagement featured in 20% of impact case studies. Moreover, we know that the REF is important to academics and so we are working with Research England as they advance plans for REF 2021 to ensure that they have a deep understanding of what impact means to Parliament in advance of the next REF exercise.

Engaging with Parliament can also help raise the profile of your research, enable you to grow your network, and present you with new opportunities and experiences. You can find some researchers’ stories about how working with Parliament has helped their career development on our dedicated academics’ web hub.

You can also hear about more reasons to get involved with the work of Parliament from an MP, parliamentary staff member and academic researcher in our video:

So, that dealt with the ‘why’. But who exactly uses research in Parliament?

Who uses research in Parliament?

Research is used by a number of individuals and offices in Parliament and for a number of different reasons. It is used by MPs and Members of the House of Lords as well as their staff and political party research units.

Both the Houses of Commons and Lords have Select Committees, which are cross-party groups of MPs and peers that scrutinise different aspects of the government’s work through conducting inquiries.

Public Bill Committees are established to consider specific bills, which are proposed changes to the law, and these also draw on research.

Both Houses have Libraries which provide research services to Members: services include a confidential and impartial enquiry service and the production of written briefings and debate packs.

The Parliamentary Office of Science and Technology (POST) serves both Houses, supporting and advancing the use of research evidence across Parliament. It synthesises existing evidence on policy topics for Members and also identifies topics likely to be of interest to Parliament in the future.

All-Party Parliamentary Groups (APPGs) are cross-party groups of MPs and peers who share a common interest. They do not have an official status within Parliament, however, they get together to exchange information around a topic, for example through talks and events or conducting their own inquiries.

Find out more from parliamentary staff on how Parliament uses research in our video:

So, finally the question remains as to how you can engage with Parliament through your research.

How can you engage with Parliament?

There are a number of different ways your research can feed into the work of Parliament. You could give evidence to a Select Committee, Public Bill Committee or APPG.

You could also provide specialist advice to a Select Committee – find out more about what this entails in our video:

You could contribute to a briefing – be it a Library or POST briefing (known as a POSTnote). Or you could peer review a briefing.

Your involvement doesn’t need to be purely responsive; Parliament is keen for researchers to be proactive in sharing policy relevant research and expertise. You could get in touch with relevant offices or interested Members of Parliament and let them know about your research area. If you’ve got a policy brief, you could share that too. You could propose a topic for a POSTnote, or you could even propose a Select Committee inquiry.  You can find out more about ways to engage with Parliament, as well as about how to contact the relevant people on our academics’ web hub.

Sarah Foxen is a Knowledge Exchange Manager at the Parliamentary Office of Science and Technology. Her work is part of an ESRC-funded project which is bringing social science to the UK Parliament.

Her role focuses on strengthening and increasing connections between Parliament and academia and on training and supporting researchers to engage.