Marriage contracts, fridge magnets and Pokemon-style games have been the inspiration behind our research tools to help people understand the concept of blockchain technology – the underlying architecture of cryptocurrencies like Bitcoin.

Most of us have heard of Bitcoin – the (relatively) new digital and global money system currency, allowing people to send or receive money across the internet – and are used to digital transactions like internet banking and contactless, but few of us understand the technology behind it.

The main technology, Bitcoin and other digital currencies rely on is blockchains, which are not just used for currency transactions either. They can be used for peer-to-peer exchanges of data, money or anything else of value in any amount and in a secure manner. 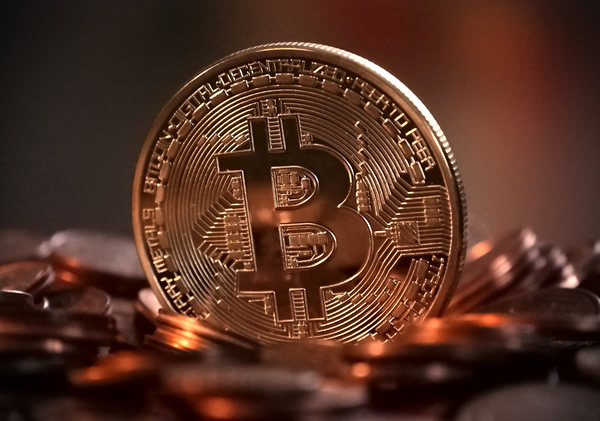 Unlike a traditional bank which stores records in a central database, blockchains record their transactions across the internet on any computer that wants to host a copy of the shared ledger.

The integrity of the ledger is kept safe by securing the transactions in blocks (hence the name) that are locked down approximately every ten minutes when people in the network (miners) use their computers to solve a puzzle that proves that all of the transactions are valid. Miners who solve the puzzle are rewarded with coins, which incentives them to make sure that the ledger is always an accurate record.

This distributed process produces a trust worthy method that can be applied to many different sectors beyond just money. They are already used for the storage and movement of anonymous medical data for policy and research, the tracking of shipping containers and the management of royalties in music publishing.

What the research involved

Our research brought together a team of informatics, engineering and behavioural science experts with the aim of translating the complex and highly abstract concepts that are associated with these new financial technologies into interactive experiences through the use of physical props.

In our workshops we use familiar tools or adapt common social practices to help make sense of complex computational concepts. Role playing and physical interaction can be more effective than academic lectures and letters that come through the post from the bank that attempt to explain the changes to banking.

Families, small businesses and local community groups took part in our two-year project.
As a first step we developed a prototype location-based smartphone GeoCoin app to demonstrate that digital currencies can be programmed to do move money around according to specific rules. Programming may range from very simple rules such as; if the spending on a particular bank account has reached a set figure then prevent further transactions, to more complex; if a person enters the GPS coordinates of a location, then deduct money from their account. In a similar way to the Pokemon game, the GeoCoin app allowed participants to collect Bitcoins of different value for their digital wallet as they walked around a city and their locations coincided with GPS coordinates.

As participants took part in the GeoCoin workshops they began to design new experiences that demonstrated their understanding.

One such outcome were Bitcoin weddings, in which couples could record a short-time marriage by merging or sharing their Bitcoin wallets if they stood in the same vicinity.

The wedding and subsequent divorce contracts were recorded for perpetuity in a ledger of encrypted marriages. This demonstrated how we could update traditional fixed legal contracts into mobile, digital arrangements.

Diaries and small data gathering packs were used to encourage families to think about the value of money in relation to their other values. The first used coloured interactive cards and laser cut tokens, which would only release a pound coin if the participants agreed to exchange something of value, such as giving their time.

A second design pack used fridge poetry to introduce the concept of programming logic. The magnets had the words IF, THEN, FOR, AND, OR which could be put on the fridge together with magnetic icons so that participants could assemble phrases. For example, “IF we go on holiday THEN…we could eat outside” or “IF I have time to myself THEN I could read more books…”

The purpose was to encourage families to think about money and connect it to their other social and cultural values such as time, health and happiness.

Engaging society is the key

Our research raises a number of questions about the way in which we represent, exchange and inter-relate different values across and beyond economic systems.

But do we understand the economic implications of these systems or their environmental impacts? Could these be made more explicit or transparent?

Whilst interest in Bitcoin peaked last year, many companies are now investing heavily in blockchain technology. If we are to make the most of this new, hard to understand technology we need to find ways to engage the public in how it can help society. Our research has allowed these technologies to be not only be experienced by the public, but more importantly to design imaginative uses for them. 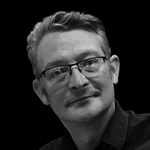 Professor Chris Speed is Chair of Design Informatics at the University of Edinburgh where his research focuses upon the Network Society, Digital Art and Technology, and The Internet of Things. Chris has sustained a critical enquiry into how network technology can engage with the fields of art, design and social experience through a variety of international digital art exhibitions, funded research projects, books journals and conferences.

The After Money project was led by Chris Speed, with Bettina Nissen and Shaune Oosthuizen.