Nuala Burgess is an ESRC-funded PhD student at King’s College London. Her PhD examines sixth form selective practices and the ways in which these shape the post-school choices of moderately attaining students, with a particular focus on the HE choosing of students who do not aspire to ‘elite’ universities.

The government plans of re-introducing the 11+ examination and the expansion of grammar schools has proved controversial – but does research provide any evidence about benefits from selective schools?

You only have to flip through the mass of academic papers, books and archival records to have all the arguments you could possibly need against selection, testing children for ‘ability’, and the 11+ examination.

There are a range of arguments against testing children at 10 years of age: you cannot measure ‘intelligence’ at 10 (or any age), children develop at different rates, and a less privileged socio-economic background and lack of parental education all impact negatively on children’s learning, and therefore their chances in any test situation. Importantly, also, the 11+ has been shown to be unfair to those children whose first language is not English, and who are otherwise academically ‘able’. A large body of research testifies to the unfairness of the 11+, to any system which selects and sorts children by ability, and the damage this does to the academic attainment of the majority of schoolchildren in any selective area. 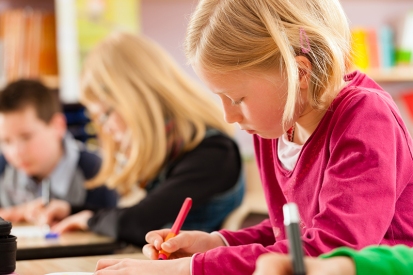 My own research into the ‘gaming of the system’ that takes place in Buckinghamshire involved reviewing GCSE figures since 2012, and interviewing parents, teachers, councillors and 11+ tutors. One statistician and campaigner against the 11+ told me that tutoring for the 11+ is on an ‘industrial scale’ in Buckinghamshire. It is normal, he and many parents told me, for middle-class Bucks children to be regularly tutored for a minimum of two years before taking the 11+. I was told stories of schoolchildren travelling for anything up to an hour (there and back) for tutoring at least once a week, after a long day at school, and often on Saturdays and during the holidays, also.  For most middle-class families, the summer holidays in the run-up to the test is spent determinedly prepping kids for their 11+.

One way to curb enthusiasm for the 11+ and an expansion of grammar schools is to make everyone who supports selection to sit an 11+ paper – without tutoring and under timed conditions. Over the summer, I set this challenge for people I met while researching Buckinghamshire’s 11+ industry, and gave them a practice paper found on Durham University’s Centre for Evaluation and Monitoring website.

Between us there was an impressive spread of academic achievement, including several postgraduate degrees and a couple of Oxbridge graduates. A father scored the highest of some pretty humiliating results, my own included. However, it was only under good-humoured protest that I learnt this Oxbridge-trained medic attained an 11+ score that was lower than his 10 year-old daughter’s.

This piece is based on Nuala Burgess’s report A Tale of Two Counties, commissioned by Comprehensive Future and made possible by an ESRC-funded knowledge co-generation grant, awarded by King’s Interdisciplinary Social Science Doctoral Training Centre.

One thought on “Grammar schools: does selection help social mobility?”