Sarah Womack is a former political and social affairs correspondent of the Daily Telegraph. Here she asks – should pupils stay in school until the age of 19?

This month (April 2017) marks the 70th anniversary of one of the UK’s most significant social reforms, but you probably couldn’t guess what it is. In 1947, when the school leaving age was raised from 14 to 15 – and, for the first time, there was secondary education for all – critics claimed there were not enough buildings or teachers to cope, and pupils would truant, leading to a crime wave. But serious revolt didn’t happen, and, 25 years later, the leaving age rose again to 16 – and, in 2013-15, participation in education or training was raised to 17, then 18.

So 16-year-olds now have three options: an academic path consisting of A-levels and possibly higher education, studying vocational qualifications at further education or sixth form college, or undertaking an apprenticeship.

Taken together, the education reforms have been successful in supporting opportunity and social justice, says Dr Tom Woodin, reader in the social history of education at the Institute of Education at UCL and co-author of ESRC-funded research, and an authoritative book, on the subject. So should the school leaving age go higher? Raising the age to 19 is a bit premature, he said, but might not be ruled out in future. “We have raised the ‘participation’ age, although this is a far cry from raising the school leaving age. The measure has not even been enforced properly so individuals and employers aren’t penalised. Obviously most young people are in schools and colleges, but we are in a period of transition.”

Some critics argue that the effects of raising the school leaving age on young people’s job prospects are unclear, and, although education levels have surged, the youth employment market is linked more to changes in the economy than qualifications. Dr Woodin, who leads an MA in the history of education, sees their point. “The sustained lack of opportunities for employment poses a significant long-term risk,” he said, “but education is part of the economy and makes a major financial contribution in its own right.” In other words, it’s both a cost and an investment. “We might also aspire to a more educated society and prepare young people for meeting social and human needs as well as economic growth.” 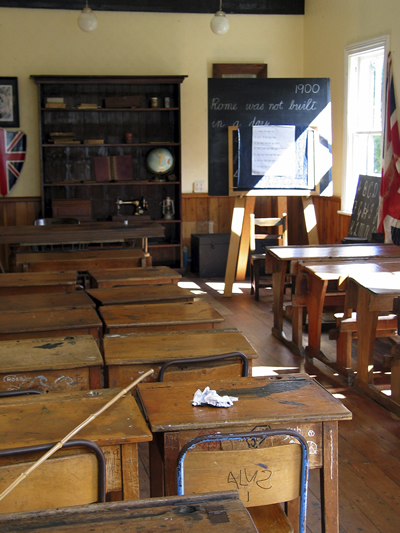 While more pupils do leave school with GCSEs, they are not any better at maths than those at school in the 1960s. Research by the Institute for Fiscal Studies, co-funded by the ESRC, says that across most countries, young people have higher levels of numeracy than older age groups except in England where those aged 16-24 have similar skills to 55 to 64-year-olds.

Critics also say that while access to higher education has exploded, successive governments have failed to provide vocational education and apprenticeships of sufficient quality to inspire the less academic. In research part-funded by the ESRC, the IFS acknowledges the “desperate need” for better vocational training but says the Government’s plan – to increase the number of apprenticeships to three million by 2020 – risks sacrificing the quality of training in favour of quantity. Undeterred, ministers have unveiled another major overhaul of the country’s secondary education system, under which students can sit for newly created ‘T-level’ examinations, leading to mainly technical skills qualifications.

Interestingly, ESRC research shows that those who pursue vocational training rather than university are just as satisfied with their lives. Researchers from the Institute of Education and the London School of Hygiene and Tropical Medicine, who studied 9,500 people living in England and born in 1989-90, found no significant differences in satisfaction levels between those at university, those in apprenticeships or those in work.

But still there is a group of young people who can’t – or won’t – fit in. Nearly 13 per cent of the 9,500 spent prolonged periods of time not in education, employment or training (NEET) after they finished school, and were the least satisfied. Separate ESRC-backed research by its Centre for Learning and Life Chances in Knowledge Economies and Societies also pointed to the worrying rise in NEET numbers – currently 826,000 – and youth unemployment, which is twice that of Germany. At the same time, the UK is falling behind other developed economies in the percentage of the population with a technical education – we’re ranked 16th out of 20.

The coming years will be critical. If it really is the case that many of our jobs will be done by robots, then we need a workforce able to design those robots. Extending the school age might well be a good thing, as long as the schools, colleges and training schemes are up to producing the skilled workers needed. There is another even earlier deadline to meet: 2019, when Britain leaves the EU. Brexit will reduce employers’ ability to fill skill shortages simply by importing labour from the continent, and should spur national demand. Will our home-grown workers be up to the challenge?