Ahead of the busy festive period where many of us will be enjoying a few alcoholic beverages, Ben writes about his ESRC and MRC-funded study Can alcohol make you happy? A subjective wellbeing approach, which was published in the journal Social Science & Medicine.

There has been an increasing interest in wellbeing among alcohol policy researchers. Recent studies have estimated wellbeing-related impacts such as ‘harms to others’, while the world-leading Sheffield Alcohol Policy Model estimates a 50p minimum price would lead to wellbeing benefits worth more than £2 billion over 10 years. 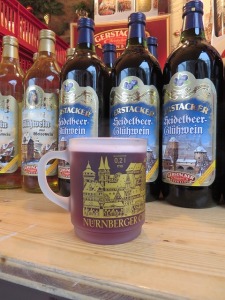 Yet strangely these studies have ignored the main reason that people drink – the pleasure of drinking. Conversely, those few studies that have estimated the value of the pleasure of drinking have made wildly optimistic assumptions about its wellbeing-enhancing effects, which ignore the impaired rationality of people when drinking – something that most of us drinkers can vouch for – or its addictive nature.

To try to spur a more careful consideration of alcohol and wellbeing, George MacKerron and I published a paper in Social Science & Medicine that looks empirically at how people’s wellbeing changes as their drinking changes over time. We used two different datasets:

We found that drinking does seem to make you happier. People report being happier at moments that they’re drinking compared to other moments (controlling for what else they’re doing, who they’re with, and what time of day it is). And while it’s impossible to completely rule out reverse causality – that people drink more when they’re happier – we did control for people’s happiness earlier that day, and still found that people were happier when they’re drinking.

Yet at the same time, this happiness doesn’t spill over much to other moments (in Mappiness), nor do people say they are more satisfied with life in years that they drink more (in BCS70). Indeed, if people develop alcohol problems then they become (unsurprisingly) less satisfied with life.

What does all this mean for wellbeing-focused policymakers and researchers?

The first point is that this is an area that could desperately use more research. We would assume that different patterns of drinking are associated with different wellbeing impacts for different people – but sadly the only alcohol-related information that Mappiness includes is whether or not people were drinking (and this only for the relatively advantaged groups with iPhones in 2010-2013). A more alcohol-focused app-based project would undoubtedly uncover more complex patterns of practical significance.

Still, our research already suggests that the wellbeing impacts of alcohol are subtle – they are not simply positive or negative, but rather depend on the time frame and wellbeing measures that you are interested in. And if they also depend on other factors (such as patterns of drinking or cultural associations), then this opens up the possibility of subtle policymaking that particularly reduces the drinks that are least beneficial (or even harmful) to wellbeing. For example, policies could ‘nudge’ intoxicated people into better decisions through smaller serving sizes or regulations on the pub/bar environment.

Rather than being the final word, we hope our study prompts other researchers and policymakers to think further about alcohol policy and wellbeing, rather than falling back to the two untenable positions that we set out at the outset.

This blog originally appeared on the What Works Centre for Wellbeing blog.

The What Works Centre for Wellbeing is an ESRC partner and an independent organisation that produces robust, relevant and accessible evidence on wellbeing. They work with individuals, communities, businesses and government, to enable them to use this evidence make decisions and take action to improve wellbeing.