Professor Ian Scoones is the Director of the ESRC STEPS Centre. A previous ESRC Celebrating Impact Prize winner, Professor Scoones recently spoke at the event ‘Reimagining Development in Least Developed Countries: what role for the SDGs?’ in June.

When the Sustainable Development Goals (SDGs) were agreed in September 2015, there was much expectation about how they could help get sustainability back on the development agenda, and push the international community to develop new approaches to development.

A declaration, covering both north and south, sought to identify a new era for development that was universal, indivisible and radical. No one was to be ‘left behind’. The old aid-focused, post-colonial Millennium Development Goals were a thing of the past, we hoped, and a new political space was to be opened up. 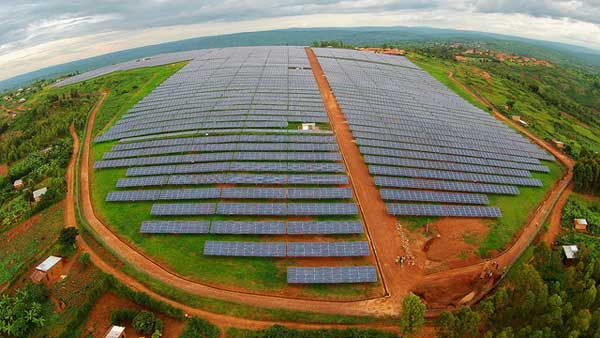 Since then, the excitement has waned. There have been other things on the agenda: a migrant crisis in Europe, continued terror attacks around the world, and an economic slump leading to crises in commodity-dependent countries from Brazil to Zambia. Various SDG events now barely get a mention in the press. Meanwhile, many people seem to be spending a lot of time on the multiple goals and targets, and still bickering about what is in and out.

Politics and the global goals

Targets and indicators have their uses, but they’re not everything. As I argued last September, the potential for the SDGs is less about the bureaucratic process of ticking boxes against targets, and more about the political opportunity to open up a discussion about the directions for development, and how sustainability and development can be realised together.

In June, the Independent Expert Group on Least Developed Countries, the STEPS Centre and International Institute for Environment and Development (IIED) convened a high-level dialogue in London to discuss progress on implementation of the SDGs, and to reinject some of the earlier excitement, urgency and political debate that motivated people to sign up in the first place.

Transformations to sustainability and development is mostly about politics, as we explored in a recent STEPS book on the politics of ‘green transformations’. It means having searching debates about visions and directions, confronting incumbent power head on, and creating a transformative politics, rooted in alliances between players – across states, businesses, civil society and more. Transformations to sustainability will not emerge from goals and targets, but fundamental political change, combined with new thinking and wide mobilisation.

How can the world’s poorest countries benefit?

The Least Developed Countries (LDCs) are some of the poorest in the world. They have been subject to decades of underdevelopment, both in the colonial and development eras. Many are highly dependent on external support, and inequalities and deep poverty undermine opportunities for sustainable development.

But the SDGs can also offer hope. They offer a key moment for recasting the debate, providing what the event’s keynote speaker, Dipak Gyawali, calls a ‘toad’s eye view’ – one rooted in local conditions, contexts and coalitions.

The political space that has opened up with the SDGs for a new debate on sustainable development, must start with casting off the standard routines of development. It must avoid at all costs getting stuck in a techno-managerialist trap, one caught up in the audit culture of targets and goals, that so constrained the post Rio and MDG attempts at creating sustainable development.

Instead, building from the ground up means generating new futures that are not stuck in the past.

In part because of the history of underdevelopment in LDCs, these countries can imagine new directions for development that are not so constrained by existing infrastructures and embedded patterns of consumption and development, as exist in the global north and the new ‘rising powers’.

Instead, low carbon energy systems can be generated, for example, using the best of modern technology, such as in decentralised solar systems. Without carbon intensive infrastructures and political powerful industrial interests, LDCs can leapfrog, creating new development paths for a low carbon energy transition. The same can be the case for agriculture, water resources, housing and other forms of infrastructure – benefiting jobs, livelihoods and the environment.

Through the SDGs, development can be reimagined fundamentally, and LDCs can lead the way. But LDCs must not use ‘developed’ or ‘rising power’ countries as the model – this is failed, unsustainable development that must be rethought fundamentally.

Our London meeting began to map out some of these ideas, with contributions from countries as diverse as Bangladesh, Gambia, Nepal and Zimbabwe. A clear message is that the SDGs need to become more political.

You can view the #reimaginingdev discussion on Twitter and see the Storify for tweets and images from the event.